My first baby quilt also happens to be my second project on my new sewing machine. My first project was a tea cozy that I made to test the features of my powerhouse sewing machine. 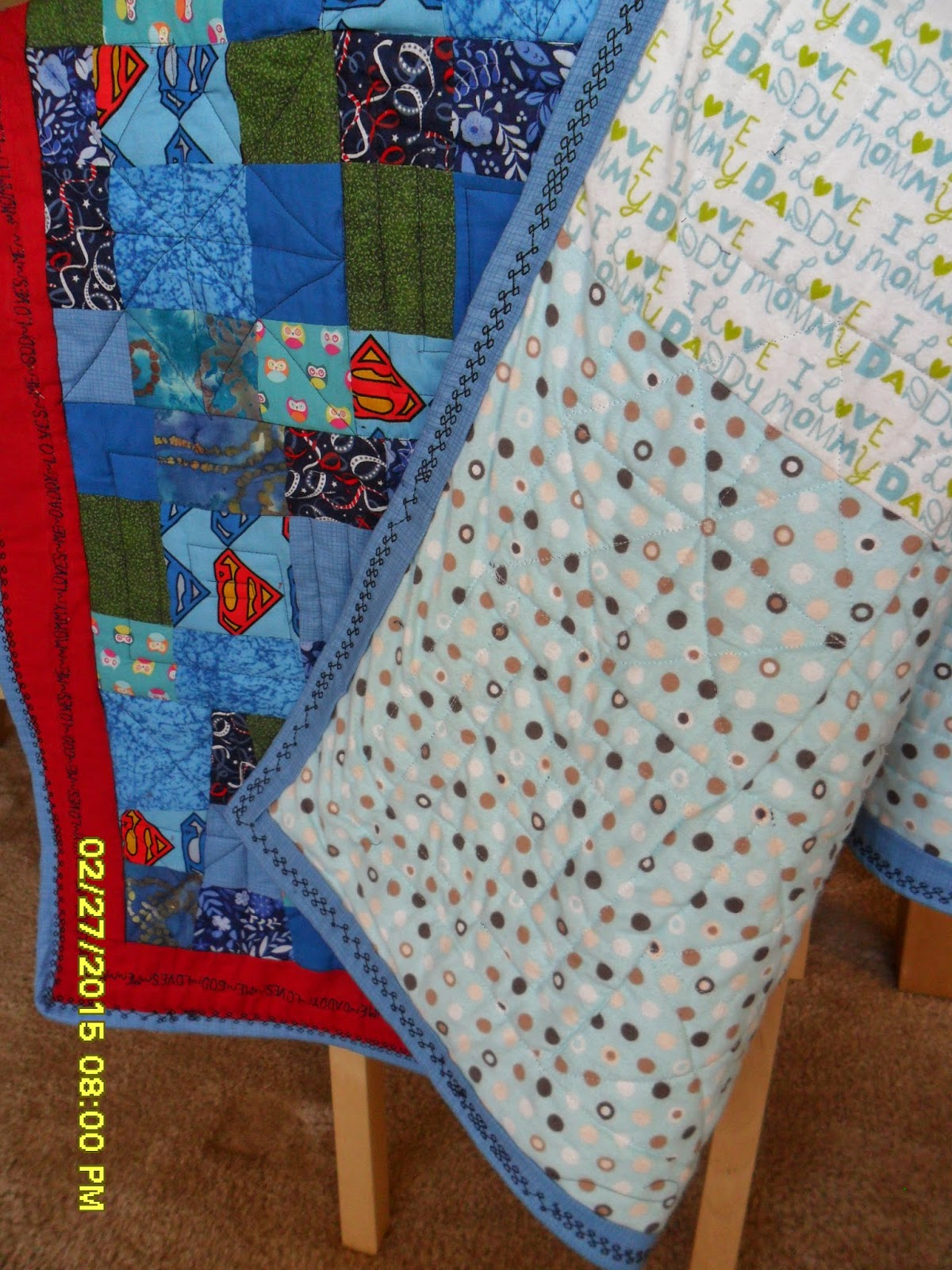 I chose a variation of the nine-patch block for my first quilt. Basically you start out with a equal sized nine different fabrics and cut two non-parallel vertical lines followed by another two non-parallel horizontal lines. Each of the nine blocks are then created by taking a different fabric in each of the pieces. This gives rise to nine unique blocks. The video by Jean Nolte and Colleen Tauke of Fons and Porter was the inspiration for this quilt. I ran into several issues when piecing the quilt. First of all I did not realize that I have a quarter inch seam which made the finished blocks much smaller. Secondly piecing non-square corners was a challenge for a beginner and I ended up having mismatched points which made me change my plan for the remainder of the blocks. I switched to parallel lines for the remainder of the 9X2 blocks. If you notice closely you will see the two types of blocks in the finished quilt. 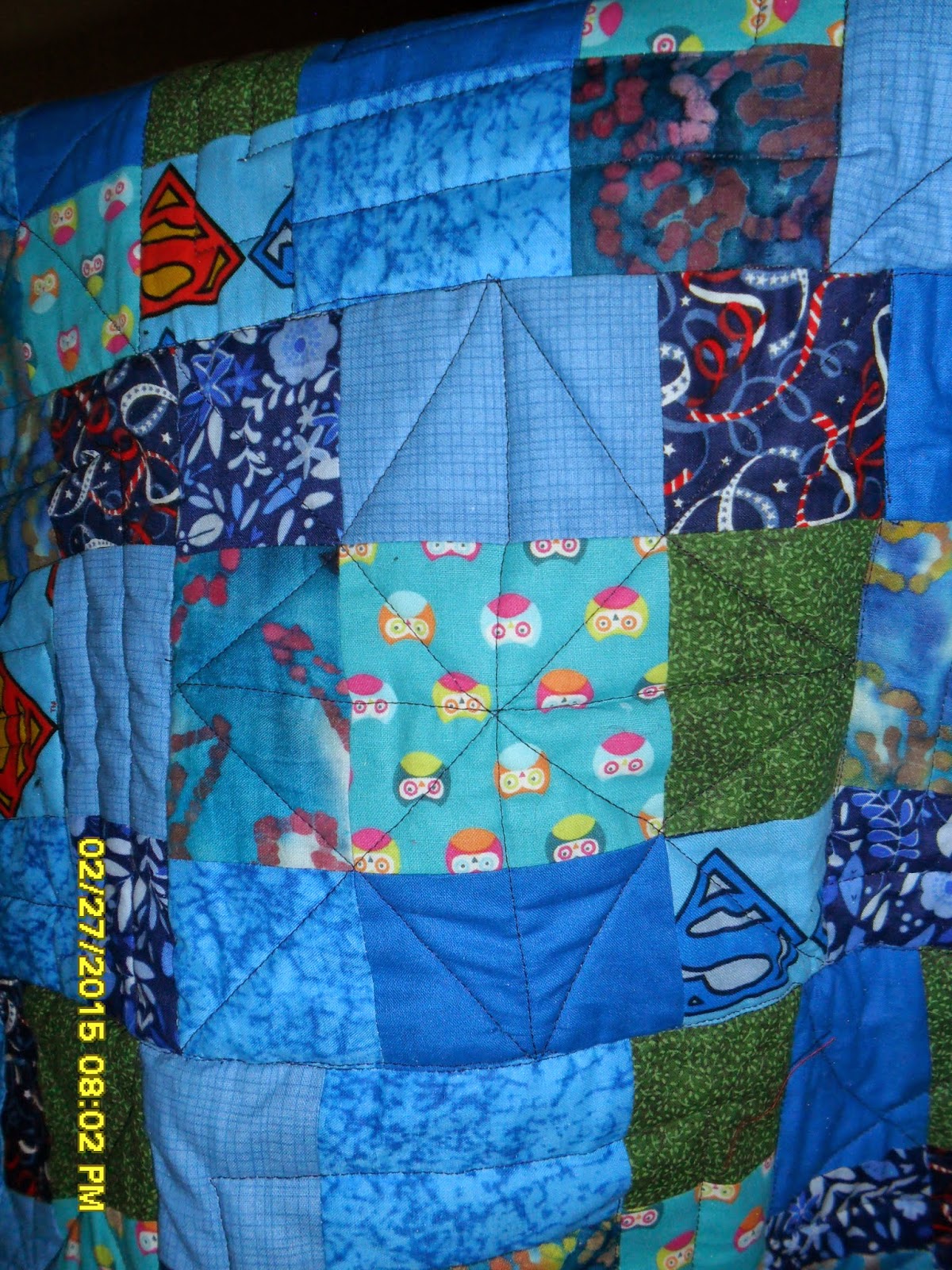 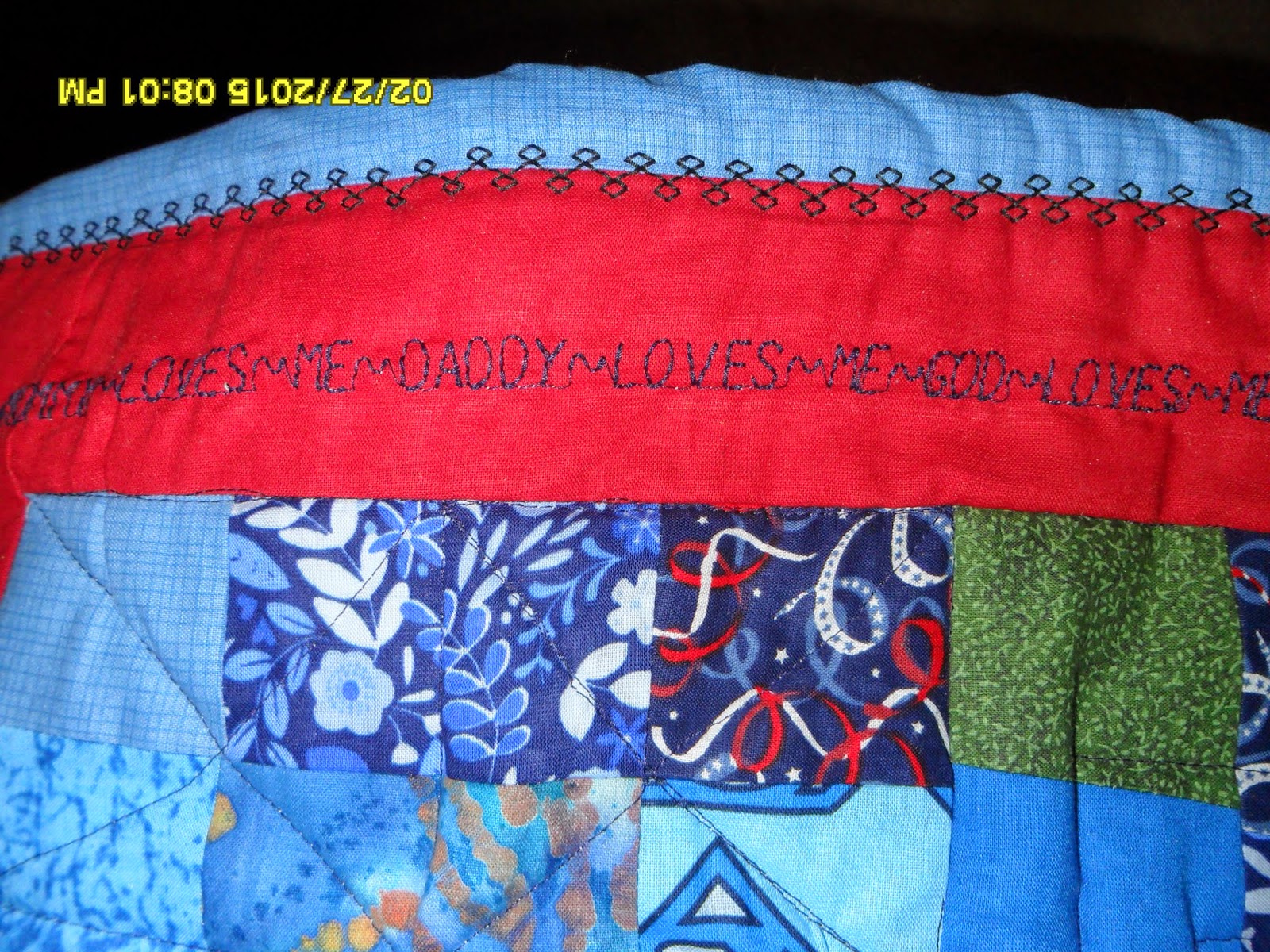 My sewing machine has inbuilt writing scripts that I used to sew "Mummy Loves Me ~ Daddy Loves Me ~ God Loves Me~" all along the border. This matched the backing fabric that read "I love mommy, I love Daddy".  I love the effect of using this on the red border. For the binding, I used an embroidery design that looked good on both sides, by doing this I skipped the additional step of hand stitching the binding.

I quilted using two different patterns, concentric squares and diamonds, both having straight lines. Towards the end, I realized that I could use the back stitching feature of the sewing machine, which I had done it earlier, it would have saved a lot of tugging and rolling.


I had not thought of putting a label on the quilt, but after reading some of the quilting, I can see how putting one creates a lasting memory for both the giver and the receiver. I won a giveaway that included many labels, one of  which will be used on this quilt!

I would love to hear your comments on my first quilt. I have begun working on my second piecing, a kaleidoscope quilt. Will write more about it another post.